Drugs have been insidiously weaving their way into all aspects of our society since the middle of the last century. They were made popular in the 1960s by the music and mass media culture pushing them in not only an illegal form but also prescription drug use. You probably have known many friends and/or acquaintances that have been affected by drugs — either directly, becoming addicted to them or indirectly, by their children becoming exposed to them from the proliferation of drug use in schools. Or maybe you have experienced it for yourself.

Drug education is critical at all levels of our society starting with children at a grade school level. The most effective way to curb this illicit drug use at such a young age is educating our children of the dangers of it. Which means parents and teachers really need to be educated as they’re going to be the “first responders.” in stopping this epidemic before it starts.

The goals of the National Alliance for Marijuana Prevention are to: develop and strengthen collaboration among communities, agencies and federal, state and local governments to support the efforts of organizations to prevent and reduce marijuana use, second, to reduce marijuana use among youth and, over time, among adults by addressing the factors that increase the risk of marijuana use in a community. 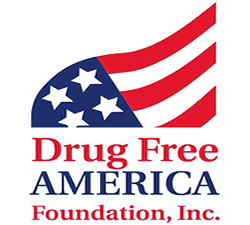 Drug Free America Foundation, Inc. is a drug prevention and policy organization committed to developing, promoting and sustaining national and international policies and laws that will reduce illegal drug use and drug addiction. The Drug Free America Foundation, Inc. vision is nations that, through their leaders and their people, create an environment where citizens live lives free of illicit drugs. 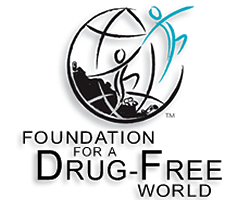 Foundation for a Drug-Free World

The Foundation for a Drug-Free World is a nonprofit public benefit corporation that empowers youth and adults with factual information about drugs so they can make informed decisions and live drug-free. No one, especially a young person, likes to be lectured about what he or she can or cannot do. Thus, we provide the facts that empower youth to choose not to take drugs in the first place.

CSDAP – Center for The Study of Drug Addiction Policy

Millions of Americans, even family doctors and other professionals in the field, are receiving incomplete or misleading information about addiction and drug abuse. As a result, policymakers are now often mandating a single approach to treating addiction thereby eliminating other pathways to recovery. Choice is important. Eliminating recovery options has unintended consequences that hurt American communities and families.

Check Out The 2017 THC Education Contest